The impact of Bullying

In October 2014 Zuka was in the locker room conversing with his friends before wrestling practice. Another student, Micah, walked into the wrestling room and told Zuka to get out. Zuka told him "No" and the young man wanted to fight him, he started to swing on Zuka. Zuka put him in a move he had learned in wrestling to detain him, he tried to calm Micah down, telling him, "I don't want to fight you, chill out man."

Zuka told him he was going to let him go but that he didn't want any trouble. As soon as Zuka let Micah go, the boy exclaimed, "Gross I touched a "N*gger."! " and he punched Zuka in the face so hard that he left a swollen black eye. 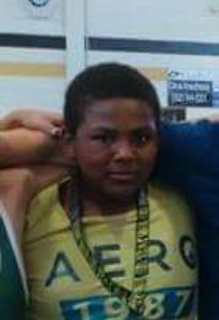 Zuka came home in tears, he was angry that he didn't fight back but he was so afraid of being kicked off the wrestling team. He was sad, embarrassed and ashamed. Zuka barely ever talked about the bullying he received in Florida. He would not want to go to school but he was embarrassed to say why.  He one time broke down and told us kids made fun of him for his weight, his clothing, and just teased and harassed him in general. He begged us not to talk to the school because he didn't want it to become worse. Zuka ended up attempting suicide and moved to Maine to start fresh. After he left more people came forward to tell me ways that Zuka had been bullied and the stories broke my heart, if only I had known how bad it was.

Maine was a completely new experience for Zuka, he flourished, he made friends, he played football, track and became state wrestling champ. When we talked however, I could still hear how that bullying had impacted him, He NEVER felt good enough and he struggled and threw his whole heart into proving those people wrong.