Let me tell you about Zuka!!

I realize that everyone who visits this blog may have not know my son son Zuka so let me share a little bit about who Zuka was.... 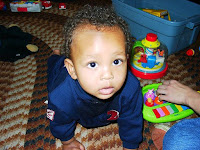 Zuka was named after his grandfather Zuka Garang Mabior. His father, Garang, was one of the "lost boys of Sudan." If you don't know what that is there are many articles, books and documentaries, here is a LINK for a little more info. Zuka is pronounced "Zooka", he had a lot of nicknames lol, Zooch, Zuk, Zucchini, Bazooka. Zuka has a sister, Jamilah, who is 17 months younger than him. Zuka was born in Portland Maine. When their father and I broke up we moved to the University of Southern Maine college campus with the kiddos. They were the best college roommates ever!

When they were 5 and 6 we ended up moving to Florida to be closer to my parents. Zuka was very close to his grandparents and really enjoyed spending time with them. When Zuka was 8, I married his step father Antonio. At first Zuka was a little upset that this new man was coming into our life and taking my attention, I had been a single mom for so long he kind of got used to it being just the three of us. It wasn't long however that Antonio won him over and soon they were close, Zuk never rally called him "Dad" to his face but when talking to others he referred to him as "Dad." They enjoyed superhero comics and movies and playing video games together. Antonio was a great Dad to him and this summer he shared with me how much he appreciated taking over the roll as his father, when his birth father was never really part of his life.

Zuka lived in Florida until he was around 15 but was very unhappy in Florida, he was bullied and having difficulties with depression and bipolar disorder and moved with my family in Maine. I really felt like Maine embraced Zuka, he had some amazing friends there, he ended up doing track, playing football and he LOVED wrestling. he became state wrestling champ 182 weight class for 2018! I was so incredibly proud of him. We kept in touch daily, by phone, text or Instagram messages. Zuka was blessed with a best friend who was like a brother, Jason. Jason's parents, Heather and Ryan were great with Zuk, one day around Thanksgiving he visited their house and just never left, Until he came down to Florida after graduation. I affectionately referred to Heather as his "Other Mother," as she treated Zuka like her own child. 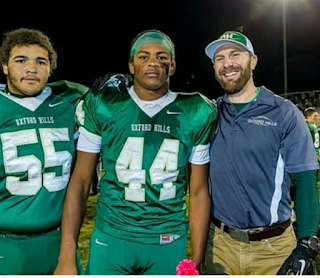 Zuka was funny, he could always made me laugh. He didn't give a damn what people thought of him when being silly, dancing, dressing wildly and just enjoying his life. When he was up, man, he was up! He lived life! When he came down in June (we went up for graduation and he rode home with us) we had a big party for his graduation, he laughed, danced, sang and tole me it was the greatest night of his life. He did sneak a few beers we didn't know about until he got all lovely dovey, sat in my lap and told me everything in his heart....now I don't encourage or promote teen drinking but I am oddly thankful he drank that night and was able to completely open up to me. He sat on my lap half the night and hugged me and pressed his face against mine. 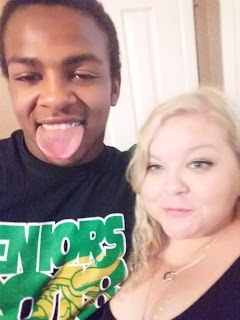 Another night we took him to a drag show, my girlfriends wanted to go so we dragged my husband and Zuka along. Zuk was super open minded so he didn't care. After the show they opened up the dance floor and we actually danced together, Zuka, Tony and my friends, it was awesome. He had a great night. We got home and he and I sat by the pool smoking butts and really talking. He was so amazing, so open-minded, so self reflective. He seemed so at peace. Man we had so many all night talks over the summer and he blew my mind, he was just an amazing person to talk to. Zuka was literally a genius but his grades never reflected that after junior high. he put his mind into things he cared about, sports and people. That night by the pool he shared with me his manifesto, if you haven't read it, check it out here . His Manifesto gave me hope that he no longer dealt with suicidal thoughts.

Zuka Loved superhero's and comics, he could talk about them for hours! His room has a big superhero poster and one from Rick and Morty. He of course hung up his wrestling brackets and his giant football banner of himself as soon as he got here. His Letterman jacket is on the wall, his state champ jacket safely put in a storage container until we can get a shadow box for it. 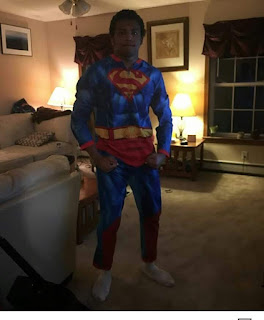 Little did I know Zuka was tying up loose ends here in Florida. He asked me to facilitate a talk between him and his sister, Jamilah. In that talk he explained that he would be upset about school and come home and rage and though he never ever would hurt her he understood his actions did hurt and stress her out and he apologized that she got caught in the "cross fire." He told her he loved her and he would always protect her. 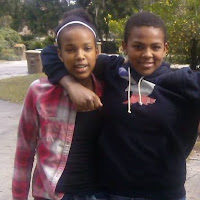 He told me the reason he was the worst to me was that I was the safe place, he knew I would never leave him. Which was true, no matter what he did I would always be there for him. he said he never really posted about me on Instagram or social media, he said he loved me most and he thought I didn't need that reassurance because he thought I knew that. I got a little teary and told him even moms need a little reassurance now and then. He told me he loved me most. 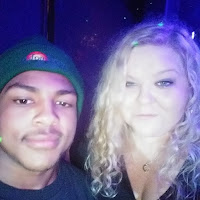 He called his father and spoke with him. He contacted people he loved in Maine. He contacted friends and told them he loved them. he promised then he was going to hurt himself.

Zuka had amazing highs and heartbreaking lows. And on the day he took his life he told us he just can't go through this again. I think he felt like a burden, I think he just wanted the pain and sadness to stop. He didn't want to go to the hospital again. He just couldn't do it anymore. That was the day the foundation was ripped out from beneath our family and nothing has made sense since.

I am going to create a video page today, you can find a photo memory page HERE, I am constantly working on getting those updated. 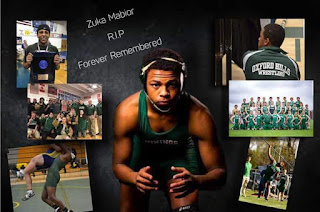 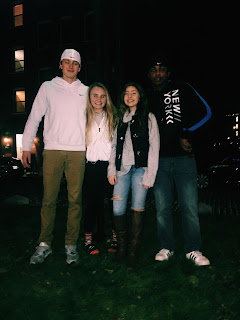