Zuka's Manifesto in it's entirety (almost)

I got a few requests to add the shout outs that I had removed from the earlier posting of Zuka's Manifesto, I am going to go ahead and post them, though I don't know what they all mean and I'm sure they are inside jokes with Zuk and his friends. I still refuse to add the inappropriate joke....sorry! I hope none of the added portion is offensive to anyone! 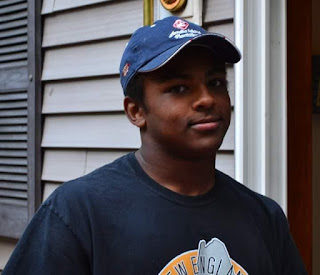 I have never truly looked at my life and hated it enough to end it. All of my “suicide attempts ” have been in spite and anger . After a good 9 years of dealing with the consciousness of having mood disorders I have spent time thinking of what truly has caused me to feign my death at my own hand. And using feign as in if really wanted to die, I would actually do it. 0-4 in my tryings shows a sign of not truly wanting to die or Iʼm a fucking superhero. I have no actual reason to end my existence beside what emotions are going through my head at the times of these occurrences.

But do I actually need a concrete reason ? Does the culmination of what Iʼve experienced in life manifest into my ticket for putting a bullet in my head? Truly the root of all my suicidal thoughts is the connotation in which I hold my memories in.

To elaborate I actually havenʼt had a sniff of a bad childhood. Never missed a meal unless on my own volition. Yeah I didnʼt have the newest and best shit growing up but was I eating mud as a kid ? I havenʼt been abused and yeah my mother may be not compatible with me as Iʼm becoming my own person but Sheʼs not a horrible person. My fathers a shit head but also thatʼs because of how he views the memories of his life also I donʼt know how good eating mud and witnessing war and his family dying having to flee his own country or be killed is on the cerebrum growing up as munchkin but itʼs all about how you see it. I digress.

I havenʼt truly experienced anything of any emotional value that you could truly put on the scale and understand why that person took their own life. I now understand that I have a mental disorder and that disorder has shaped how I view my life at different points in time. Like putting different filters on my memories. Saying this as a mentally sound Zuka doesnʼt always mean Iʼll always look at life the same way but now The realization is that no matter what life throws at me , itʼs all about how you spin it.

And I can stop now with the rawrXD (EMO) shit and not always thinking that I can try death as an out for things when really Iʼm just a fucking stupid kid who thinks they understand what they want is death at times but really itʼs just they need to think of a different way out of whatever shit sandwhich I think Iʼm about to take a bite of. I think this is a piece of me becoming a little bit more well I donʼt think itʼs maturing as a person but becoming more experienced and wiser as a small blip on a dirtball rotating around a ball of gas that is a part of a universe far more vast than to give a fuck about a kid reflecting on him having problems with noggin.

#somethingebonywellswouldsay Baby jewell has straight fingers.
Jamal’s asscrack is never visible.
I’m the best DT in the known universe. Tracies head is normal. I’m not black.
Stephen Billings is smart. And None of this doesn’t even faze me
​