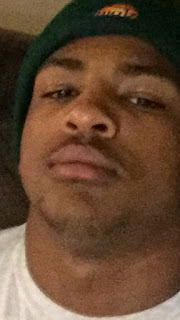 I would love to tell you that means we no longer thought, somewhere in the back of our minds that there had to be something we were missing, we must have overlooked something that we could have done to save Zuka.

I understood Zuka. He understood me. I have to laugh because that's why we butted heads so much. We were so much alike. We talked about this a lot this summer. If anyone in this world understood me, it was him. I was always especially close to him because of this. I understood Zuka, I understood his pain, his ups, his downs. I knew Zuka! What I didn't know was how to save him.

I tried from the time he was tiny to protect him from the world. He was a sensitive soul. He was a sensitive human from the moment he came into this world. When the raindrops hit his sister's face she laughed and would stick out her tongue to catch the raindrops, Zuka cried. When the sun would shine through the window of the car onto his car seat he would become agitated, she would smile. Certain textures of food or clothing bothered him. He couldn't stand a lot of noise and confusion. His preschool class had a special little room made so Zuka could go and listen to meditation music when his classroom was too much to take. Preschool!

I had been trying to shelter Zuka and protect him for 18 years, the one thing I could not protect him from was himself. Not for lack of trying. We had long talks, I often checked in with his emotional state. We tried hospitals and medications. We tried counselors and other supports. I can't begin to tell you the struggles that went on before he moved to Maine. I am sure people wonder why he moved there, I wonder if they blame me, I wonder what theories people developed in their heads. It was for Zuka's well being and out of respect for his privacy, the little he has left, I will leave it at that.

I know we did a lot. I know he tried really hard to fight too.  I know how hard I tried to "fix" him, sometimes at the the detriment to my own health and well being..... it doesn't stop the "What ifs".... It doesn't stop the guilt. I know no matter what the method was, he would have found a way if he wanted to leave this earth. I know there was no right thing to say. I know I was trying to respect his wishes and find another way when he begged me not to take him to the psychiatric unit that day. I Know this was not my fault, or anyone else's fault. I know it wasn't Zuka's fault. This I know is a fact.....but in my heart....

As your mother Zuka, I was always be so sorry I couldn't save you....

I'm sorry I couldn't save you!!