Life is too short

I see so many memes online about giving up on people, people calling others "fake" if they didn't act in the way in which they expected them to. People can be so quick to give up on other people.

I have had people I care about unfriend me from social media for saying something political. I have had a petty argument and lost someone I thought was a friend over it. I don't understand why we dismiss people so quickly. I can't say that I wasn't that way once.

When my son passed I had a few people who I had not been in contact with reach out to me and say, "Look I know we have had some differences, but none of that matters right now..." How true is that?!When life gets tough none of that petty stuff matters.

Life is too short to not talk to someone you care about over disagreements. People seem so proud of their ability to get rid of other people, posting meme's about how fast they can forget about someone. Boasting about having no forgiveness. It's really sad to me. 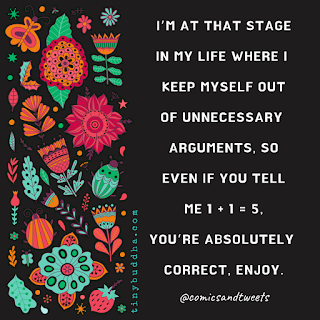 You really never know what someone else is going through. Maybe what you thought was someone giving you a negative attitude was someone really hurting and trying to keep it inside. Maybe your friend didn't call you because they were so sad they couldn't get out of bed. Maybe they don't go out with the group due to anxiety. Maybe they are just having a bad day! We all have one thing in common, we are all human. I try to believe that people do the best they can with what they have available to them at the time, whether that be emotionally, mentally, intellectually, financially.


Let your pride relax a little, don't be so defensive, communicate, look a little deeper.

Life is too short to walk around angry!

I want nothing but peace in my life.
If I have ever been a toxic person in your life, forgive me.
If you have hurt me, know I have hate for no one
you have been forgiven.

Losing someone who meant the world to me truly put life into perspective.

Don't wait until it's too late