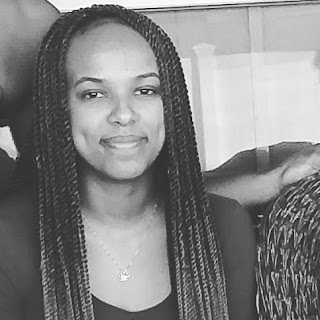 She wiped the last tears from her eyes and resolved to move forward. Other's said they were concerned that she was blocking out the pain, keeping it hidden. They were concerned about her emotional well being. I wasn't. I know this is how she handles pain, she puts it away and carries on.
I was a bundle of nerves when I put her little 5-year-old body onto this giant school bus in a strange new state. With no hesitation, she walked on, assured me she was fine and never looked back. She was brave. She has always been brave.
When she was eight years old and her father told her he no longer had any children, she didn't cry. She stuck out her chin as if to say "f*ck him." and moved forward. She never needed anyone who didn't need her. I looked at her with awe, how is it she was born so so strong? She thinks with her head, she works towards her goals, she needs no one but herself.
She walked home from work the night her brother took his life. Flashing lights were everywhere, emergency vehicles scattered the street. There were people gathered around me. She emerged through the crowd, and after hugging me she went over to the car by herself. She laid her head on the car, her arms blocking her face and she cried. She cried by herself, the way she prefers to cry and I allowed her her time alone to grieve. When they allowed us into the house she went to her room grieve in peace. She came into my room to check on me,  I could see she had been crying but she wouldn't let us see her tears.
She isn't a cold person, she feels things deeply but she has this amazing capacity to compartmentalize her feelings. She can put them on a shelf and carry on, deciding when she wants to take them down and feel them. She was soon ready to get back to work, get back to school, and continue on with life. I was frozen, overtaken by grief and unable to even function. She was my one reason for wanting to be alive. She was what gave me strength.
I curled up on the couch beside her the other day and asked, "do you ever think about him?" She doesn't often talk about her brother. "of course I do," she replied, "I just know he is at peace now." She is so rational. What can't I be rational? Why am I consumed by emotion?
I have so many changes going on in my life right now. I am grieving the loss of my son, also grieving things I don't talk about. I try to be more like her, I try to learn from her. I try to put my emotions on the shelf for right now so I can make the choices I know I need to make instead of letting the fear and the pain hold me back.
Funny, I am her mother, but she has taught me far more than I feel like I could teach her. She has taught me to be strong. She has taught me not to need anyone who doesn't need me. She has taught me it's okay to feel but it's also okay to put the feelings aside and do what needs to be done. She is my strength, my reason to go on. She wouldn't want that though, she would tell me to be my own strength. She would tell me to live for myself. I will, my girl, I will.
on May 13, 2019